Everyone knows those first few weeks of a relationship can be magical – you love to be in each other’s company and, when you aren’t together, you find yourself constantly texting. Whenever the vibration of the phone is felt, it brings a little smile to the face. However, it’s not uncommon for communications to slow down. At first, you’re thinking ‘he’s just at work’ but in time, he starts to get sloppy and doesn’t reply for a couple of days.

Why has he started to ignore the messages?

Suddenly, you find yourself reading through old conversations to see if you upset him in any way. When you realize all seemed to be going well, you wonder what happened, ‘Is he alive?’ or ‘Has he lost interest?’

In some cases, we see a small update on social media and have to face the facts; he’s made the decision to stop communicating with me.

If you can relate to this, don’t panic because we have some advice that could save your future worries. First thing’s first, let’s start with the hard truth on why he might be ignoring your messages.

RELATED: Have you taken our quiz “Find Out Why He Doesn’t Text Back“? We recommend you do… and find out what’s really going on.

WHY HE IGNORES MESSAGES

& WHAT TO DO ABOUT IT

Unfortunately, we’re going to start with the toughest to take; he just wasn’t that interested (sorry!). Although we like to believe that the person on the other end of the texts is enjoying the conversation just as much as we are, this isn’t always the case.

We know how easy it is to read into things, to see polite gestures as something close to love, and it feels amazing when you realize there are plenty of similarities between you both. We tend to concentrate on all the good things, how this guy might just be the perfect proposition – we forget that he also needs to be on the same page.

Over time, he may have realized that you just weren’t for him. If you met in person after talking through social media or a dating app, he may have spotted certain mannerisms or personality traits that weren’t conveyed online. Of course, there’s no need to be offended because this can happen to absolutely anybody (of either gender). When online, we try to paint ourselves in the best light possible and sometimes we go a little too far and end up a completely different person in real life (from their perspective).

If this is the case, don’t take it personally. Wouldn’t you rather know now that you’re not his type compared to months later when you’re starting to have feelings for him?

Ghosting is Too Easy

Sadly, in the society in which we live, it’s far too easy to read a message, close it, and completely forget about it. While this might not be right (and some might even say it’s cowardly), it is something that happens. Rather than letting you down face-to-face, or letting you down at all, he believes that ghosting and ignoring your messages is the best way to communicate how he feels. He may think that ignoring your messages says everything that needs to be said…without actually saying it.

In fact, he may have convinced himself that it would be presumptuous to call your relationship off just in case you hadn’t even considered it a ‘relationship’ just yet. Would you be insulted to receive this message? In truth, all these things could be going around his head and it’s easy for him to assume you’re on the same page.

Again, this is a harsh reality but during the phase where you’re just casually dating, you can’t necessarily expect him to not date others (and the same for you!). Assuming you haven’t had the ‘let’s commit to one another’ chat, you have to be realistic with your expectations no matter how much you’d love to be more serious.

Ultimately, he may have been talking to somebody else at the same time as you; now, he sees his relationship with the other girl as the one with the most potential. Especially with dating websites/apps, it’s not uncommon for users to message multiple people at once because we’re all trying to find somebody suited to our personality, sense of humor, and needs. While it might hurt, he may have just found somebody he connects with more.

For a man to commit, they need to feel good when around you. Of course, everybody can have a bad day and every relationship has arguments. However, neediness and being clingy will only steer a man elsewhere. If he thinks you can only feel good when he replies, he won’t be comfortable with this level of expectation (it’s too much work for him!).

While technology has become more and more important in society, men don’t like to feel as though they need to constantly check their phone; they don’t want to get into an argument with you just because they haven’t been able to reply while working or out with friends.

If you’re used to him replying almost immediately, this is because he wanted to win you over. Eventually, all relationships settle down and he can start to focus on family, friends, work, and hobbies once again. Often, we can misread the slower texts as a sign of disinterest when this simply isn’t the case. If you begin to nitpick, he’ll soon be put off by your insecurity. This is unfortunate because in most case, there was no problem to start with (they were just getting on with life). Sometimes, they put your text to the back of the to-do list because they “trust” you’ll understand when life gets in the way.

Ultimately, he will always make time to reply if he enjoys talking to you so be patient and make sure you don’t read into problems that don’t exist!

Finally, from a biological point of view, men tend to be more physical than women so they’d rather be physically present with you than texting all the time. If too much time passes before you meet (because your lives are just too busy for each other), then they’re likely to get bored and move on to where a physical connection is possible.

Now that we know why he’s ignoring messages, what do you do about it? Here we go…

The most seemingly counterintuitive thing in the world at this point would be to back because you want to pull him back in. In our experience, chasing is never successful. You need to give him some space. If he actually likes you, he’ll remember your message.

Again, it may just be he’s started a new role at work, moving, or just really busy elsewhere. Don’t jump the gun and send an angry message when he was actually having a busy time of things; he may even be going through some personal difficulties.

If he happens to be doubting your relationship, sending constant messages will only push him away – so give him space, allow him to think about you, and he’ll message if he wants to.

Stop haunting yourself with these questions. What went wrong? What could I have done differently? Why do my potential relationships sometimes fail? Sure, you could always reflect on a few corrective pointers, but don’t dwell on them nor worry about them (especially when you have no answers). Instead, focus on happiness, personal development, and finding how to enjoy life. When you’re happy in your own skin, you’re more likely to find somebody right for you.

RELATED: Build Your Confidence to be More Attractive.

In the past, we’ve seen plenty of people punish themselves when a relationship breaks down. They feel sorry for themselves, and say that they’ll never get what they want. Why do this when you can grow from it instead? We recommend focusing on what YOU can control. You can’t control others, but you can control your reaction.

If he has moved on, being bitter is only affecting yourself. We know that it can be painful getting ignored and seeing him on social media with other girls, but in most cases, he didn’t mean to cause any harm. Everybody makes mistakes, and he happened to handle this situation poorly. Try to understand his perspective, learn from the experience, and become a better person as a result.

Sometimes over a text, the tone can be hard to convey. This can lead to all sorts of communication problems. If you feel there was a misunderstanding that may have caused him to back off, for example, you can reach out one last time (just manage your expectations). For the sarcastic people among us, those who don’t quite understand your sense of humor (just yet) may think you’re being serious when you’re actually joking. By reaching out, the following outcomes are possible:

If you aren’t yet official as a couple, there’s nothing wrong with talking to and dating other people. There’s always a chance he could resurface in the near future, but you don’t need to be sitting at home staring at your phone in the meantime. Take your mind off him, see if there’s somebody else you meet who exceeds the original guy. There really IS plenty of fish in the sea.

In your relationship, there may come a time where he starts to pull away but you can stay in control as long as you give him space and allow him to live his life. So, the last thing you want to do is panic. The more you probe and pressure him, the more likely he is to feel uncomfortable. When too much pressure is put onto a new relationship, it can’t handle the strain and it becomes only a matter of time before it crumbles. Allow this real-life proven advice to improve or even save your relationship.

Why men lose interest and what you can do about it. Watch the following video where one of our relationship experts James Bauer exposes common mistakes women make and reveals 7 special phrases that help trigger a man’s burning desire to devote himself to a woman. It’s something you can learn once and use for the rest of your life. 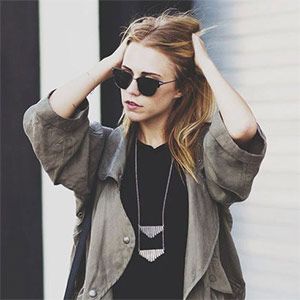 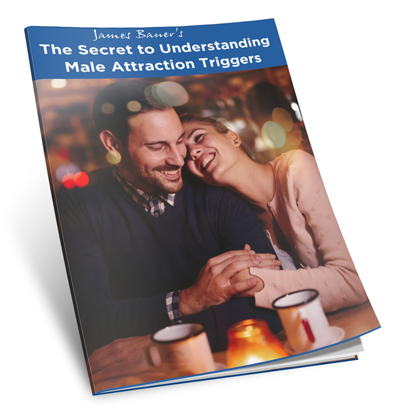